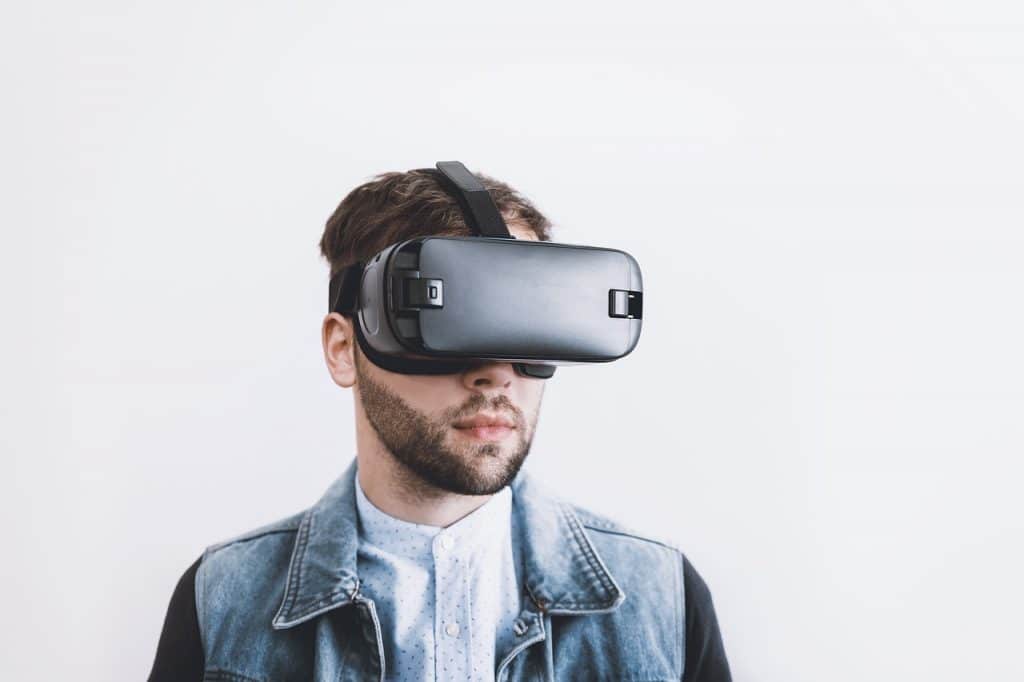 The competition at trade shows is fierce. Exhibitors must find ways to cut through the noise and captivate their audience’s attention. This is difficult when everyone around you is doing the same! This is why exhibitors have no choice but to get more creative with their trade show displays. One way event production companies do this is by creating immersive experiences that use virtual reality and augmented reality.

Let’s talk more about what virtual reality and augmented reality are, the differences between them, and what they mean to the exhibit industry.

Virtual reality uses a headset to transport people to an immersive environment of their choice. For the purpose of trade shows, brands let attendees “travel” to their showrooms, retail stores, and behind-the-scenes areas. Attendees can also watch virtual product demonstrations and “meet” staff members.

The most popular VR devices are the:

Augmented reality adds interactive elements to the environment, such as in an exhibit space or on a brochure. To bring information to life, AR needs handheld devices like smartphones or tablets. This allows booth visitors to stay engaged with the exhibit while having alternative means of exploring the brand.

The most popular AR devices are:

Captivating Audiences with VR and AR

VR and AR are transforming the exhibit industry. Before this technology, brands were limited in the products and services they could bring to trade shows. Some products were too cumbersome, and some services were impossible to demonstrate. Thanks to VR and AR, attendees can view products and services in an interactive format, allowing them to form memorable experiences and meaningful connections.

As VR and AR continue to get more mainstream, we can expect to see more exhibitors using them as part of their trade show experience. Don’t get left behind – now is the time to get familiar with this virtual technology.