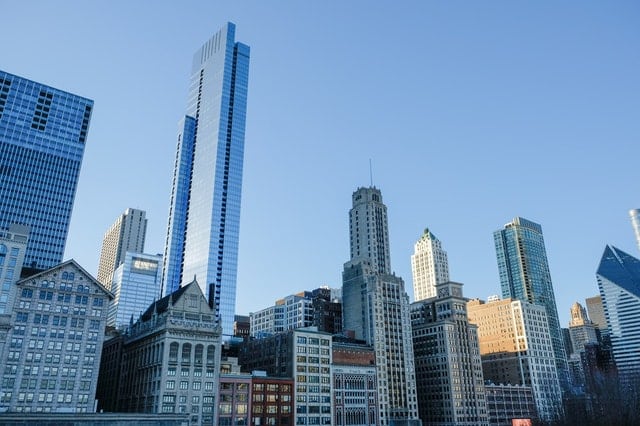 This time of the year, convention centers are getting ready for a new batch of trade shows. Some cities are more popular than others based on their venues and nearby attractions. Let’s check out five of the most popular cities for trade shows and why. Who knows – maybe you’ll find yourself at one of these destinations sometime in 2018!

It’s no surprise that Las Vegas tops the list. Vegas continually brings in a large number of trade shows because it’s a fun place to visit, with warm and sunny weather year round. Entertainment is in every corner, from live shows to incredible dining to ample shopping. With so many venues available, it’s easy to find places to host large crowds. One of the largest trade shows held in Vegas is the Consumer Electronics show, which is held each year in January.

Chicago has been growing in popularity thanks to the beautiful architecture, two major airports, and convenient public transportation system. There are endless places to shop, five-star restaurants to eat at, and popular attractions to visit such as Navy Pier, Wrigley Field, and the Shedd Aquarium. Sure, the weather isn’t always sunny and warm, but Chicago is home to the largest convention center in the country: McCormick Place. Well-known trade shows held in the city include the Luxury Bridal Event and the Chicago Boat Show.

You may be surprised by this one, but USA Today rated Indiana a top destination for trade show events. It gets praise for being near hotels and restaurants, even though the entertainment isn’t quite as plentiful as Las Vegas or Chicago. Convenience is also a factor, as Indiana is accessible from most states. Plus, if you attend a trade show at the Indiana Convention Center, you get to be right across the street from Lucas Oil Stadium.

Another great convention city is Orlando. You can probably understand why! Between Walt Disney World and Universal Studios, there are endless attractions to see after the event. The weather is always warm, and Orlando International Airport provides close access to the convention centers. Some of the hottest trade shows held in Orlando are the PGA Merchandise Show and the Florida Wedding Expo.

Last, but not least, is New Orleans. You’ll find that many of the prominent trade shows are scheduled around Mardi Gras, which is no accident. Event goers can attend their show and catch exclusive entertainment. Of course, there are other reasons why New Orleans makes a great trade show destination. Among them are the beautiful convention centers along the Mississippi, an abundance of hotels and restaurants, stunning architecture, and Bourbon Street.

Trade shows are held all over the country, but some cities are more favored than others. No matter where your industry trade shows take you this year, we hope to see you around!