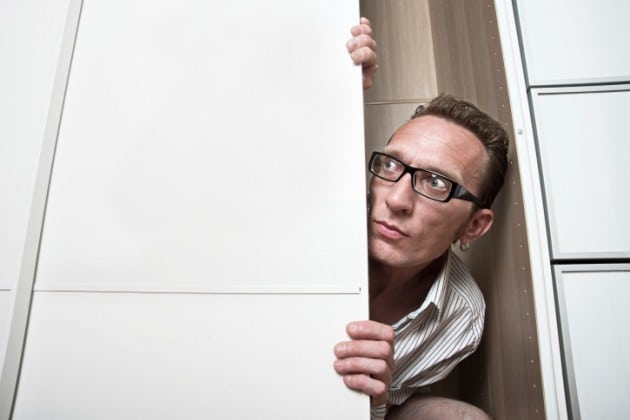 San Diego Comic-Con has evolved from a small gathering of comic enthusiasts into one of the biggest media events in the world.

In recent years, Marvel and Disney have actually shut down production of their most expensive films simply to fly stars like Robert Downey Jr. and Chris Evans to San Diego, where fans will wait for hours just to be the first ones to catch a glimpse of a new superhero movie trailer.

Now, conference organizers around the world are cashing in on the Comic Con name by hosting comics conventions in places as far from Hollywood as possible, like Dubai, Glasgow, and Salt Lake City. That’s where one unfortunate comics enthusiast was arrested for impersonating a federal officer in a botched attempt to sneak into the convention’s VIP section. No, it wasn’t a strange cosplay gone terribly wrong.

Utah man Jonathon M. Wall worked at the Hill Air Force base, and he tried to use his base ID to con his way into the VIP room. Wall claimed that he was a federal agent hunting down a fugitive, and he needed access to the convention.

A retired police officer quickly called bull, for obvious reasons, and Wall was arrested. Unfortunately for him, Air Force investigators take the whole “impersonating a federal officer” thing seriously. That thing happens to be a serious felony offense, which can result in three years in prison and a fine of $250,000.

According to Comics Beat, the judge in the case took pity on the defendant and argued that the punishment outweighed the crime. While incredibly stupid, no one was hurt.

“The judge said Wall seemed like an otherwise law-abiding citizen, and she was concerned about his statement at a Tuesday hearing that investigators told him that he’d get a slap on the wrist if he cooperated. She also wasn’t sure if he agreed with prosecutors’ version of what happened or understood the long-ranging implications of a felony conviction.

‘I simply do not feel that I can make a finding that the plea was a voluntary and intelligent choice,’ [the judge] said. The judge offered to find a new attorney to review the case pro-bono. She pushed back against objections from prosecutor Carlos Esqueda, who denied that Air Force agents ever offered to go easy on Wall.”

All this trouble over a small-town, regional comics convention. It’s not clear if the fans attending these conventions realize they aren’t actually affiliated with the San Diego event, and attendees aren’t likely to rub elbows with their favorite stars.

As much as trade show exhibit companies might wish otherwise, it’s simply not possible for your average regional convention to compete with events like San Diego comic con, where some of the biggest entertainment companies in the world spend a fortune on custom exhibits.